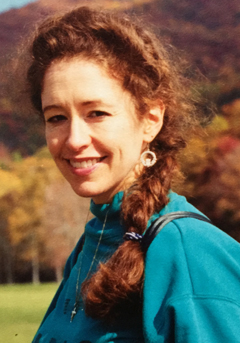 T.L.B. Wood began her appreciation of literature at an early age, encouraged by her mother who was an English teacher. T.L. is a certified adult behavioral health clinical nurse specialist and works as a case manager as well as a clinical instructor at a school of nursing. She and her husband share a love of nature, and more than one rescued dog or cat in need of a caring family has found a forever home with the Wood Family. When not feeding and caring for her menagerie, T.L. can be found at her desk, writing, or taking long walks as she envisioned new stories to be told. 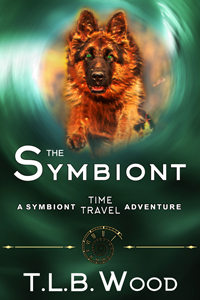 What happened to the lost colony of Roanoke?

In 1586 America, English colonists, trying to eke out a new life, welcome into their midst a young woman and her dog—victims of a ship wreck. But Petra and Kipp are not what they seem.

A pair of time traveling historians, symbionts Petra and Kipp have arrived to unravel the mystery behind an enigmatic coastal colony near Roanoke. As they become involved with the colonists, their fact-finding mission spins dangerously out of control when they discover a deranged killer living among the colonists. 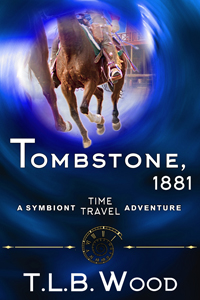 What kind of vacation starts with a gunfight between Cowboys and the Earp brothers at the OK Corral?

Time traveling historians, Petra and Kipp, plan a relaxing vacation to 1881 Tombstone, Arizona. To the casual observer, Petra appears to be an attractive young woman, while Kipp plays her canine companion.

But fun turns to danger when Doc Holliday assumes the role of Petra's protector. Now the symbiotic duo risk becoming entangled in the power struggle between warring factions and breaking the Symbiont Code: never interfere with history's natural progression. 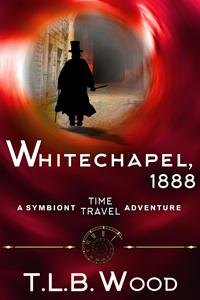 Who is the Ripper's next victim?

Time traveling symbionts Petra and Kipp arrive in Victorian England during the time of Jack the Ripper. Petra quickly blends in due to her human-like appearance, while Kipp poses as her loyal dog. Their mission—quickly find their boss's son, Silas, who has gone missing.

But the telepathic duo's efforts prove unsuccessful until local philanthropist William Harrow points the way. Silas is pursuing Jack the Ripper, whose disturbing thoughts of murder are turning to Petra and Kipp.

Now the pair must evade the Ripper and corral Silas before their new friend Harrow asks Petra for her hand in marriage. Fail, and the Ripper will add a new victim, Petra, to the history books. 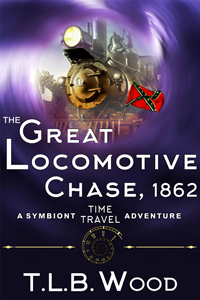 What price would you pay to end the Civil War?

As The General, a legendary steam engine from the American Civil War, disappears into the distance, Petra and Kipp join a small group of determined men in pursuit, and The Great Locomotive Chase begins.

To the average human, Petra appears to be a young woman while Kipp masks his true identity in the guise of her canine companion. But they are, in reality, highly skilled investigators in pursuit of past mysteries, who have also been pressed into service as mentors for a new pair of travelers.

While Peter and Elani share the same talents as their advisors, it falls to Petra and Kipp to train them in the way of their species.

But when Peter's impulsiveness put the entire mission in jeopardy, Petra and Kipp must solve the dilemma and find a way to get them all safely home without altering the course of the Great Locomotive Chase. 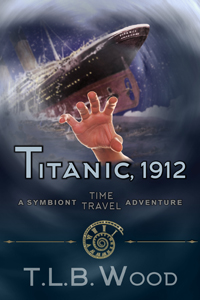 A time traveler shares the startling words spoken by an old man murmuring broken memories from a bygone era. Could the sinking of the Titanic in 1912 have been the result of a deliberate act of sabotage rather than a chance collision with an iceberg in the middle of the cold Atlantic Ocean?

Peter and Elani, novice travelers, are eager to take on the assignment to discover the truth behind the legendary ship’s demise. Petra and Kipp, their mentors, must accompany the two youngsters and assure they conduct their investigations per the symbiont code of behavior with no disruption to the timeline of history. In their guise of human siblings accompanied by their loyal canine companions, the four symbionts must travel back in time incognito and become passengers –as well as investigators – and discover the truth before the Titanic completes her fateful voyage to the ocean’s floor. 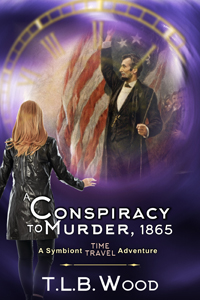 A flash of muzzle fire…a shot rings out…a president is dead…the fate of a nation is changed.

Assisted by a shadowy group of conspirators—ultimately executed by the government—John Wilkes Booth assassinated Abraham Lincoln.

Among the conspirators was Mary Surratt, who went to the hangman's scaffold along with three men.

But was Mary Surratt truly guilty, or did she possess a secret?

Petra, accompanied by her furry partner, Kipp, join forces with Peter and Elani to travel back in time to a war-torn nation to determine the truth. Their ability, due to their appearances as humans accompanied by their canine companions, allows them to go where others fear to tread.

But when they get too close, they risk becoming suspects of the conspirators as well as the government. With authorities closing in, the quartet risks death and altering the future timeline as they struggle to escape with their lives and the truth intact. 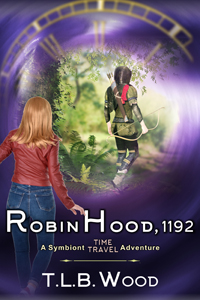 The next exciting installment in The Symbiont Time Travel Adventures Series.