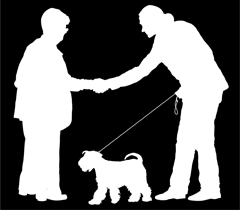 New York Times bestselling author Shirlee Busbee is celebrating 50 years of marriage to her husband Howard, and looking forward to another 50. Together, they live in Mendocino County, California, with three Miniature Schnauzers (Shirlee wants a fourth but Howard thinks two is enough – ah, drama ahead) and a herd of American Shetland Ponies. 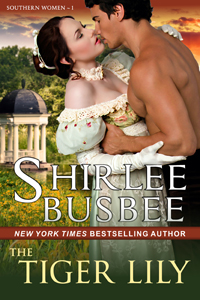 As a young child, Sabrina del Torres fell in love with Brett Dangermond while at her aunt's wedding. But Carlos, Sabrina's cousin, wants Sabrina for himself.

Bret does not deny the charges, neither does he claim to love Sabrina.

Then Sabrina's father is found murdered, and at the reading of his will, Sabrina learns she must marry a man of Brett's choosing or forfeit her fortune.

Brett, having vowed never to fall hostage to love, leaves the ranch, ordering Sabrina to remain until he returns. Now Sabrina can either dig up the truth that'll unlock Brett's heart or prepare to marry the man he chooses. 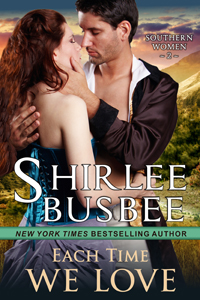 Each Time We Love

Savannah O'Rourke believes Adam is Jason Savage, the man who murdered her father to steal his gold.

Neither want to be attracted to the other, but both have been kidnapped by the same man: Murdering Micajah Yates.

After traveling deep into the wilderness, Yates makes it clear he will do whatever it takes to get the information he wants. Savannah and Adam put their mutual hatred aside to join forces long enough to escape. But escaping the love budding between them will prove much more difficult... unless Yates finds them first. 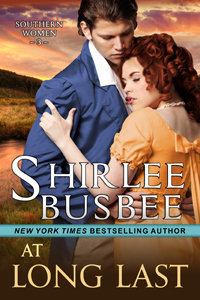 When Arabella discovers her younger brother has gambled away the family fortune, she approaches the holder of Jeremy's vowels, hoping to exchange them for her smaller fortune. But he has lost the vowels to her worst enemy: Tony Daggett, the man who broke her heart.

Tony is rich, reckless and wild. His first wife died in an accident while running away with her lover, Tony on their heels. The second was murdered.

But Arabella is determined to save her family and approaches her ex-fiancé with the same offer: her small fortune for the vowels. Tony's counter-offer: Arabella must become his mistress in exchange for the vowels.

Arabella begrudgingly agrees, unknowingly snaring Tony in his own trap. And as Tony falls deeper and deeper in love, his silent enemy acquires a new target: Arabella. 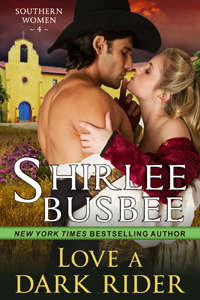 Orphaned at sixteen, Sara Rawlings is rescued by her father's distant cousin, Sam Cantrell, who takes her to his rancho in San Felipe.

There, Sara meets Sam's son, Yancy. The attraction is instant, but Sara is already half-in-love with the widowed Sam.

Then Sara finds Yancy's ex-fiancée with a dagger through her heart. When she returns to the scene with Sam, the dagger is missing. Sara reluctantly agrees she was mistaken and Yancy leaves to join the Union Army.

Sam prepares to join the Rebels, but first convinces Sara to marry him so she is provided for should he not return.

When Sara and Yancy meet again, the rancho in tatters from the war, the attraction between them is just as powerful, and equally unwanted. But with Sam gone and someone attempting to end their lives, Sara and Yancy must join forces before love can chase the darkness from their broken hearts.

Deceive Not My Heart

Leonie Saint-Andre, the granddaughter of an old Creole gentleman, thinks Morgan Slade is a scoundrel.

Morgan, the son of a wealthy Natchez plantation family, thinks Leonie is a clever liar.

Leonie claims Morgan married her, and fathered her five-year-old son. All she wants is her dowry returned to pay her dead grandfather's gambling debts and save their home.

Morgan knows that he accepted neither dowry, nor Leonie's hand in marriage. But the woman before him awakens emotions he never thought he'd feel again.

But that doesn't give reason for the imposter who signed his name to the marriage papers Leonie holds or why her son bears such a striking resemblance to Morgan himself.

Melissa Seymour loves Folly, a magnificent thoroughbred stallion whose winnings allow Melissa and her siblings to hang on to their home.

Dominic Slade enjoys wealth and has plans for a stud farm, with Folly being his first purchase.

Melissa refuses to sell. The only way to replace the income earned through Folly is by unlocking her trust fund through marriage.

But as trusted friends and loyal family turn strangely foe, Dominic and Melissa are forced to unite. Now the pair must come to grips with their true passions, or lose it all to a common enemy willing to do anything.

Hugh Lancaster and Micaela Dupree were enemies from the start.

Hugh, a handsome American, is convinced the Dupree family is skimming profits from his New Orleans trading company and that someone is out to murder him.

Micaela is a proud Creole who resents America's new ownership of New Orleans, and resents Hugh for daring to look over her family's shoulder.

But nothing can quell overwhelming passion, despite the pair's struggles to resist.

Caught in a compromising situation, Hugh and Micaela are forced to marry, only to discover love in each other's arms and that the murderer has designs on them both.

A Heart for the Taking

In Colonial Virginia, Chance Walker still blames his cousin Jonathan for his own wife's untimely death. So when Jonathan returns from England with the widowed Lady Fancy Merrivale, Chance sees an opportunity to strike back: he'll woo the beautiful Lady.

But revenge turns bittersweet as Chance falls hopelessly in love with Fancy, and she with him, while a shadowy enemy intent on claiming Chance's family inheritance puts Fancy in his sights. 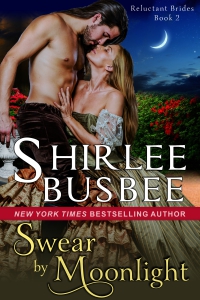 London's loveliest and wealthiest social pariah, Thea Garrett guards her wounded heart by refusing to give love a second thought. Then she encounters the cynical and handsome Patrick Blackburne, who's protecting wounds of his own.

But when a gossamer web of dangerous blackmail spins around them, Thea and Blackburne must face the truth: neither can swear by love.

The married daughter of an English aristocrat, Beth Ridgeway believes Rafael Santana cruel and insensitive; a man who uses women only for selfish pleasure.

The arrogant son of a wealthy Texas family, Rafael thinks Beth flirtatious and unfaithful; a woman who takes pride in breaking men's hearts.

But when Beth and Rafael chance to meet again at a dazzling New Orleans ball, something happens. Something neither the years nor the violent misunderstandings between them can diminish: an awakening to the magnificent passions of love, no matter how forbidden. 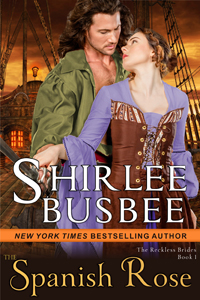 Gabriel Lancaster is her family's bitterest enemy…and now he stands before her, his magnificent body in chains, captured by her brother. But the moment Maria Delgato’s triumphant gaze reaches Gabriel’s burning emerald eyes, a new war ignites.

From lush Caribbean estates to desperate sea battles, all the way to the glittering English and Spanish courts, Maria and Gabriel rage against each other and the one truth their hearts cannot deny... a truth which only passion can set free. 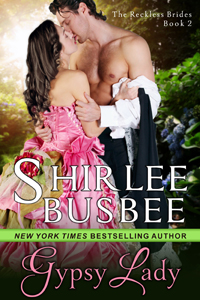 While in disguise and dancing in a Gypsy encampment, Lady Catherine Tremayne ignites Jason Savage’s interest and his passion.

Believing her a Gypsy, he whisks her away as his own, and when he discovers her true identity, insists they marry.

But gaining a wife does not terminate Jason’s dangerous government mission or the revenge he seeks.

Yet passion has a way of interfering with Agent Savage’s well-laid plans as Catherine refuses to accept anything less than his whole heart in exchange for the fire burning deep in her Gypsy soul. 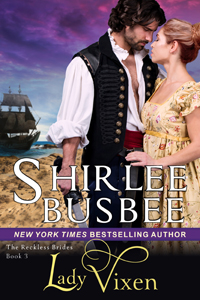 Outwitting a ruthless plot against her life, Nicole Ashford flees her aristocratic England home on a privateer's ship bound for the luxurious pirate havens of New Orleans.

Yet Nicole’s daring escape has plunged her into even graver peril… as the captive mistress to the notorious high-seas outlaw, Captain Saber. In the night hours, his savage passion makes her a woman. But it is his tender kisses that are plundering her soul.

Nothing can seem to stop what has begun between them. Nothing will satiate the urgent fires of love they seem born to share.

Nothing except Nicole’s cunning and ruthless enemy who refuses to let her go.