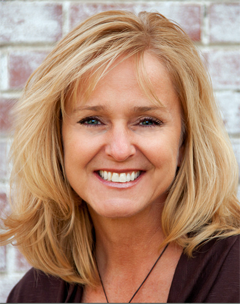 R.T. Wolfe enjoys creating diverse characters, twining them together in the midst of an intelligent mystery and a heart encompassing romance. It's not uncommon to find dark chocolate squares in R.T.'s candy dish, her rescued Saint Bernard at her feet and a few caterpillars spinning their cocoons in their terrariums on her counters. R.T. loves her family, gardening, eagle-watching and can occasionally be found in a third world country helping others help themselves.

After six long years, Brianna Chapman is finally able to cope with witnessing the murder of her parents.

Then, dead animals start showing up on her doorstep, her tires are slashed and her yard is scorched by an unexplained fire.

But Brianna refuses to reopen her parent's six-year-old arson-murder cold case, along with all the old wounds.

Nathan Reed sees the incidents differently and quietly begins an investigation of his own.

And the killer is back to finish the job.

From the time she was a little girl, Rose Piper was sure of two things: she wanted to work with animals and she wanted to win the heart of her best friend, Andy Reed.

Now the most sought-after conservation biologist in the Northeast, she's trying to convince herself that one out of two isn't bad.

Andy spent most of his life following his dream of becoming a builder. Now a successful land developer, he has returned to Black Creek to win the girl he has loved since high-school and hurt too many times: Rose

But efforts to keep their love together turn dangerous when a decades-old secret brings a murderer out of hiding, sending the pair running for their lives.

Detective Nickie Savage is pursuing a paroled arsonist who's at it again. Worse, she's plagued by the most recent victim's nephew, Duncan Reed, the person she distrusts the most.

Duncan won't stop until the deadly arsonist targeting his Aunt is back behind bars. But the smart and sassy Nickie Savage is in his way and getting far too close to a 30-year-old secret he's fought to protect.

When the arsonist strikes again with perfectly timed twin explosions, Duncan and Nickie must re-think everything they once believed about the arsonist and each other.

When an anonymous 9-1-1 caller claims responsibility for a missing college student, Detective Nickie Savage is hot on the case.

But she needs the help of Duncan Reed, an artist with a photographic memory, who's also determined to cut through her aversion to commitment.

As suspects pile up and time counts down, Nickie faces an even greater challenge: losing the young woman to the same captivity Nickie endured as a child.

Busy juggling loan sharks and Amber Alerts, Detective Nickie Savage makes time when the FBI seeks her expertise with a child trafficking ring. But when Nickie discovers that the men running the ring are the same ones who abducted her as a young teen, the case gets personal.

Risking her badge, Nickie goes rogue. Luckily, she has Duncan Reed, along with his wire tapping and surveillance expertise. But Duncan also wants to take their relationship to the next level.

Now, Nickie must choose: break her own rules and risk her heart or forge ahead alone.

Detective Nickie Savage is neck-deep in a murder case when she learns that Jun Zheng, the human trafficker who abducted her when she was 14, is back in business.

Nickie decides to dive into Zheng's spidery operation, intent on locating and freeing the girls caught in the human trafficker's sticky web, only to discover that Zheng was the one who spun the gossamer truth that's keeping her and Duncan apart.

Detective Nickie Savage is on the heels of a domestic child trafficking ring—the same one responsible for her own childhood abduction.

When the ringleaders repeatedly slip her grip, Nickie suspects there's a mole funneling information to an outside source and calls upon her new husband, Duncan Reed, to find the leak.

But Nickie needs more than Duncan's photographic memory and computer hacking skills to get back on track. She must make peace with the ghosts of the children she left behind.

Detective Nickie Savage pins the trafficker who abducted her as a child.

The child trafficking crime ring Detective Nickie Savage is chasing--the one responsible for her own childhood abduction--is growing.

The traffickers have infiltrated the police department, the FBI and even her home, steeling Nickie's resolve to find the abducted girls and take down the crime ring once and for all.

But discovering the King Pin's identity, the very person who sold her into slavery, just might bring Detective Nickie Savage to her knees.

In Lima, Peru, following a lead discovered on a mole's computer, Nickie and Duncan are undercover as traffickers. The plan: infiltrate the compound. Rescue the children. Blow the place up.

Then Nickie goes radio silent. Recognized by the man who abducted her as a child, she's once again in his hands. And this time, escape is not an option. 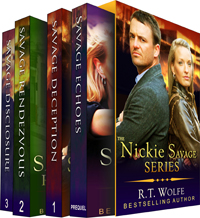 Lending her expertise to help the FBI bring down a child trafficking ring, Detective Nickie Savage discovers that the men they're tracking are the same ones who abducted her as a young teen.
Risking her badge, Nickie goes rogue with surveillance expert Duncan Reed. But the closer they get to the King Pin, the closer she and Duncan become with each other. Now Nickie must choose: break her own rules and risk her heart, or forge ahead...alone. 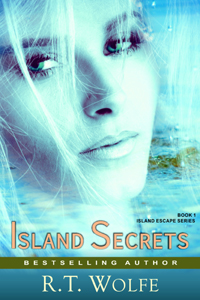 When Zoe Clearwater learns that the skull she found in an underwater cave is her missing brother, she sells her scuba diving business, Sun Trips Touring, and dedicates herself to unravelling her brother's mysterious death.

Dane Corbin, the new owner of Sun Trips, is determined to prove to Zoe, now his employee, that he is not the womanizer he once was. But it'll take more than profit to turn Zoe's head.

Her investigation at a standstill, Zoe unearths letters from a secret lover among her brother's possessions, along with plane tickets, a promise to run away to safety, and the painful realization that she'll need Dane's help.

As mercurial clues plunge Zoe and Dane into a life-threatening pursuit and the truth burns brighter and brighter, Zoe recognizes she needs Dane as much as her brother's un-named lover needed him. But Dane will have to make it to safety, first. 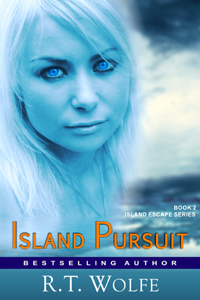 Decorated war-widow, Willow Martinez-Clearwater, has her hands full with her six-year-old daughter Chloe, and a restaurant and pub to run. Her best friend, Liam, is the closest thing Chloe has to a father and their special moments melt her soul, while Liam's solid good looks and protective nature work magic in other areas. But Willow has no time for relationships—at least that's what she keeps telling herself.

Liam, a simple high-school physics teacher, longs for Willow as his wife and Chloe as his daughter but knows he'll never compete with the memory of Willow's decorated war-hero husband.

Then Willow discovers a cryptic poem written by her murdered brother. Posting the verse above the bar at her pub, she inadvertently draws hordes of treasure hunters who try to solve the poem's riddle. But it's Chloe who helps unravel the mystery pointing to a treasure and places her mom in grave danger.

When an attempt is made on Willow's life, Liam steps in as protector while still trying to find the nerve to propose.

But with her brother's murder unsolved, and a treasure to find, Willow is trying to stay one step ahead of the Island's hawkish treasure hunters willing to do anything for the bounty, while her heart silently pursues her and Chloe's happily-ever-after. 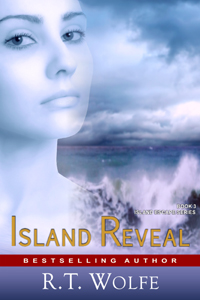 Lead sea turtle conservationist, Raine Clearwater, emerges from the foamy ocean water wearing a bridesmaid dress and with a distressed sea turtle in tow. Fresh from her sister's wedding, she's greeted by the new interim police chief, Matt Osborne. He might look incredible in his wedding reception clothes and even more so when in uniform, but with her bad history with island law enforcement she would gladly dismiss him were it not for the sea turtle needing transport to the aquatic animal hospital. She lets him pass with a jab about not solving her brother's murder, then reluctantly accepts his help with the ailing turtle.

New to the island, Matt Osborne is formerly a big city detective now looking to find a place to call home. But to be successful, he must learn to work with the ever-contentious, and beautiful, Raine Clearwater.

With one of his suspects found dead, and few leads, Matt knows he must step up his game. When he sets a trap with Raine as bait, his risky plan goes haywire as he realizes his ultimate goal isn't turtles or solving the case or even his job, but keeping Raine safe and in his arms.