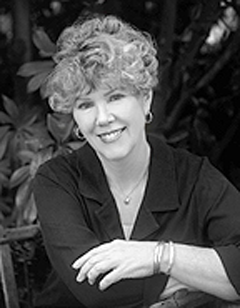 New York Times bestselling author and former kindergarten teacher, Phoebe Conn firmly believes all matter of story conflict and mayhem can lead to a Happily Ever After. Inspired long ago by Ricardo Montalban's commercial for romance books, Phoebe remains enthusiastic about writing and giving her beloved characters happy endings.

The Hearts of California Series

At the edge of her father's property, Lyse Shelby finds Buck Warren, wounded, and agrees to secretly nurse him back to heath, if he takes her with him when he goes.

Buck is chasing the man who killed his best friend. He has no time for a scrawny damsel in distress, or for love.

That's fine with Lyse. All she needs is a little help escaping her abusive father so she can make a life of her own.

But as Buck seeks revenge upon a murderer, Lyse makes an unexpected discovery: her new life isn't as attractive as she'd hoped without the man she loves.

When a half-naked blonde falls from a ladder made of bed-sheets and into Marc Aragon's arms, she has no memory of who she is.

Marc Aragon, an experienced sea captain, has no time for love. But when the beautiful escapee from San Francisco's most expensive brothel begs for help, he's all too willing to lend a hand and dubs her April.

Then someone recognizes April as Genevieve Le Sage, a popular actress and wife of a notorious gambler with more than a single ace up his sleeve.

As Marc dutifully turns his energies to finding Genevieve's missing husband, Genevieve discovers the unexpected... there is no greater passion, no sweeter ecstasy than true love.

Tempt Me With Kisses

Daniel Aragon knows trouble and torment when he sees it, and the flirtatious beauty standing on the San Francisco pier is both. The niece of a land commissioner, Harmony Russell is strictly off-limits. The Aragon family land grant review must go off without a hitch.

But Harmony isn't about to let business come between her and the handsome stranger who dared to steel her heart with one dark glance. Casting aside propriety, she sets out to seduce the hot-blooded Californio and gets snagged in her own trap.

Surrounded by scandal and forced to marry, the Aragon family land hangs in the balance as the pair face a difficult choice: drop their prideful ways and join forces or surrender to a loveless, and landless, future.

The Hearts of Liberty Series

Hunter is a Seneca brave and a renown scout for the Virginia Militia. But a white-woman's betrayal sent him back to his Seneca ways, with a vow to never return.

Alanna Barclay lost her family in an Indian raid. When her cousin gives birth to a half-breed baby, then dies, Alanna faces a choice: turn her back on the motherless child or convince his Seneca father to claim the babe as his own.

Hunter wants nothing to do with the infant; a painful remainder of his white-mother's betrayal. But Alanna's compassion and bravery is seeping into Hunter's heart, forcing him to face a love he'd rather deny.

When King George II orders the Acadians, descendants of 17th-century French colonists, expelled from their Nova Scotian land, Arielle Douville, an Acadian healer, reluctantly agrees to translate for the captain of the Virginia Militia, Byron Barclay.

Arielle has always despised everything English until Byron's unexpected promise to keep the families together in the American Colonies challenges her heart.

But when the pair are aboard the ship bound for the Colonies, the Acadians seize Byron and take control.

Now Arielle must choose: side with her people or fight for the inevitable new way of Acadian life and earn the right to discover if the growing passions between her and Byron is love

Half-Seneca and half-white, Christian Hunter intends to prove himself by joining the Patriot cause.

Liana Scott was raised to be a proper young lady, not a hooligan aroused by a dare-devil half-breed whose mother was once married to her father.

Christian can't resist challenging Liana's high British opinions and when his taunts lure her into an affair, she loses everything.

Disowned by her family, Liana must marry Christian who now faces an even greater challenge—proving to Liana how much he always loved her.

Falcon Hunter is a half-Seneca, half-white sniper with sights set on proving himself as a warrior by helping to free America from British rule.

Belle wants love, and the care-free Falcon she once knew.

When Falcon leaves with the Colonial army, Belle's sister convinces her to follow him, and tend the American wounded. Along the way, she's captured by the British.

Pretending to be politically aligned with her captors, Belle sees first-hand what war does to men and her heart longs to care for the soul-weary man Falcon has become. All she needs now is for him to find her.

Liberty Hunter is half Seneca Indian, all red-head, and stands accused of a brutal murder that the citizens of Williamsburg, Virginia believe her fully capable of committing.

Esquire Stephan MacLeod disagrees. Tall, handsome and enamored with Liberty, Stephan believes he can prove Liberty innocent and offers marriage to keep her from jail.

Liberty finds Stephan overbearing and opportunistic, and insists the marriage be in name only. With the judge threatening to see her hang, and the real murderer seeking to end her life, the only safe place may be with Stephan.

Until passion sparks and Liberty realizes Stephan could be more than a temporary safe haven and Stephan discovers he must trust Liberty to make her own decisions.

Still, neither dare speak of love or a true "until death do us part" commitment until the murderer is found

Obeying standing orders, Kara remains at the crash site but is captured by the captain of the guard. Instead of killing her on sight or carrying her to the city leaders, Aiden hides her in his home.

But only marriage—an impossible bond between two people so different—allows Aiden to protect Kara from the city's ultimate hatred. Perhaps death is the better choice, if he could only let her go.

REVIEWS:
"Ms. Conn proves that the blazing fires of romance burn even more fiercely in the far reaches of outer space." ~Romantic Times

When star pilot Desmond Sanchez's account of a near fatal crash in the experimental Eclipse isn't believed, he's demoted to instructor at the Alado Academy.

But before classes begin, Desmond falls for Blaise Quinn, and then abruptly ends the hot affair when he learns she's a cadet.

In retaliation, Blaise shares Dez's secret codes to the Eclipse with her twin brother who then vanishes with the experimental plane.

Now Dez and Blaise must work together to save Blaise's twin from a web of interstellar treachery, and maybe find a way to forgive each other.

When star pilot Captain Emerald "Em" Payne loses another partner to the hospital ward, she's assigned a cyborg, Daniel 81, for her next mission.

Insulted by Daniel's cyborg presence in her cockpit, Em embarks upon an equally insulting and simple mission that quickly turns complicated and dangerous.

As Daniel fights to trust the disrespectful Captain, Em tries not to fall for Daniel's too-perfect body. But before either can succeed, Daniel discovers his human past—that he is both husband and father—and must return to his grieving family when the mission is complete. If he can survive. 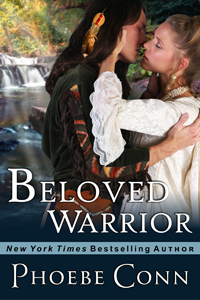 Sent to New Ulm, Minnesota by her father to escape the Civil War, Erica Hansen is kidnapped by a Sioux warrior and lands in the middle of an Indian uprising. Erica knows she should fight the painted savage carrying her further and further from civilization, but compassion for the Sioux people grips her heart instead.

From the moment Viper beheld the golden-haired paleface, he swore she would not meet the same fate as other white captives, and then promises himself he’ll release her when the furor of battle dies down. Instead, they marry.

Then Viper is captured in a raid and condemned to death.

Now Erica faces a choice: accept the marriage proposal of her one-time fiancé, Union Captain Mark Randall, who searched for her until he found her, or risk raising the half-breed baby growing inside of her, alone. 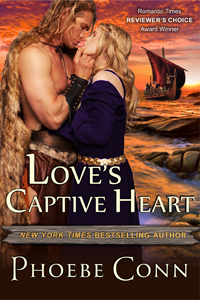 Though she is the beloved handmaiden of Viking lord Raktor's spoiled daughter, Celiese d'Loganville is a slave in a gilded cage. When her mistress refuses to wed a man rumored to be horribly disfigured, Celiese seizes her chance for freedom—maybe even love.

Mylan Vandahl has no need of a wife who pities him. But the enchanting—and perplexing—young woman, who fears him and boldly ignores his scars, arouses a need to soothe and tenderly seduce.

But after a wedding night of unparalleled passion, the rising dawn reveals Celeise's treachery. Now in the fight of her life, for her dream of home and family, Celeise must find a way to heal Mylan's shattered trust.

The willful daughter of Zeus and a mortal queen, she's the beautiful wife of the Spartan king.

But her great love for the lost Trojan prince will beget bloody devastation, and spill her tears into the Wine-Dark Sea.