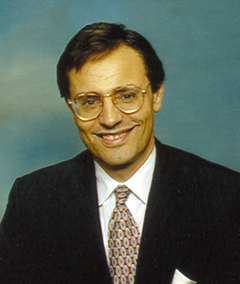 Award-winning author Patrick Astre served in the US Army Infantry, stationed in Germany during the height of the Cold War. Rising to the rank of Sergeant E-5, Astre finished his last year of service as a Drill Instructor at Fort Benning, Georgia.

The Remnants of War Series

The Remnants of War Series

A US Special Forces operator and veteran of the Iraq and Afghanistan wars, Richard Daniels is weary of serving government officials.

Ensconced deep in the Florida Everglades, Daniels flies out of his own base of operations, rescuing wealthy refugees from dangerous situations then using the funds to extract unfortunates facing the same dangers.

When two shadowy government-types attempt to hire Daniels and his team, Daniels flatly refuses. Then his seaplane is impounded, a federal warrant is issued for his arrest, and Deeno, an honorary team member with Downs Syndrome, is detained on federal charges.

But when Daniels finds the diary of the last man Bio killed... plans change.

Post 9-11, the CIA began developing "Chupacabra"—genetically engineered animals—to track and kill insurgents in Afghanistan. Now the program is complete... and in Russian hands.

The first mission: eliminate an undercover agent before he can hand-off secret information. But now every person who came in contact with the body is dying, and the virus is spreading.

When ex-Special Forces operator Richard Daniels is asked by the victim's sister to investigate her brother's gruesome death, she hands Richard an encrypted CD that arrived shortly after her brother's death.

Daniels turns to Chantal Latour, a member of his old army squad in Afghanistan, for help.

While Daniels and Chantal investigate, and the CDC chases after a weaponized strain of the Ebola virus with no known cure, the Russians find and kidnap Chantal's daughter. The ransom: return the CD or witness first-hand what a "Chupacabra" can do.

After a bloody tour in Afghanistan with a Marine Recon unit, then a short career with the NYPD, Francois Dupont battles alcoholism, drugs and PTSD.

When a childhood friend and brother of a deceased army buddy asks Francois to find their sister Jasmine "Jazz", Francois sees an opportunity for redemption. Finding the twenty-two year-old woman is easy. Shaking the shadowy tails following them from New Orleans back to Brooklyn is proving more difficult.

The mob is convinced Jazz has the Devil's Eye—a 3000 year old gem with reputed powers.

The DOD isn't far behind, intent on acquiring and weaponizing the radiation emitted by The Eye, at any cost.

The secret to The Eye's location lies somewhere in Jazz's haunted past. But can Francois get to the gem before the enemy claims it and the only woman he's ever cared for?

The clock is ticking down to a pandemic outbreak as an ancient cabal unveils an age-reducing miracle drug secretly rooted in a deadly formula created at the Dachau concentration camp.

Only one person who can end the coming mass murder: a child of the cabal, a desperate Baby Boomer suffering from the same immortality that the cabal needs to survive.

New technology promises a future where energy is nearly free. But an international cabal quietly and savagely suppresses it until ATF agent Gaston Duval witnesses the murder of a Los Alamos National Laboratory scientist.

Now the clock is ticking down to a nuclear holocaust purposely engineered by the cabal, and Duval is the only one who can stop it. But all the answers lie in his tortured past.

Only one man knows the devastation about to rain down upon the human race. He's an ordinary man with addiction problems who--after a drunk-driving accident--is still struggling with his discovery of Sylvans.

Since the dawn of time, Sylvans lived peacefully among us until the NSA agent running the Brookhaven National Lab seizes the opportunity to exercise control over the ancient race.

Now, all hell is about to break loose.