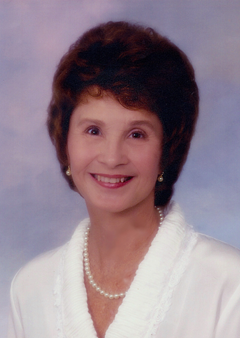 Award-winning author Pamela Browning invites you to visit her website at www.pamelabrowning.com and hopes you'll look for her other books.

The Circles of Love Series

Eve Triopolous is unemployed with a disabled father to support. When she spots an ad for a surrogate mother, she impulsively responds. But it's the longing on the faces of Derek and Kelly Lang that puts her signature on the bottom line.

Then tragedy strikes, leaving Derek a widower and Eve with a task she didn't expect: prove that she is the best mommy for the precious life growing beneath her heart, and convince Derek that he's the love of her life.

Through Eyes of Love

Airplane pilot, John Howard won't stop until he meets the person who gave him the precious gift of sight. Tracking a lead to a wilderness cabin, he finds Cassie Muldoon, a beautiful recluse who hasn't come to terms with her loss that became the source of his sight.

John can't help falling in love with Cassie. But the truth of who he is could end any future they might have together, unless Cassie can see that her love is the greatest gift of all.

Jay won't talk about his past. But that's okay with Lisa. She's more interested in their future—together.

Until a moonlight-walk on the beach reveals that their paths crossed tragically many years ago....

High-wire walker Stephen Martinovic dreams of reuniting the Amazing Andrassys. But is he a fool for wanting to touch the stars with the beautiful Julie Andrassy?

Julie vowed to never walk the wire again. She alone knows what really happened that night over the Superdome.

Before love can become a dangerous balancing act, Julie reveals the secret in her heart. And waits for life to come crashing down around her.

SEA OF GOLD: When marine historian Alix Pendenning produces evidence of a centuries-old, unexplored Spanish shipwreck off St. Augustine, Florida, charismatic treasure hunter Ponce Cabrera hires her as his expedition photographer. But as the pair race to find the sunken galleon, Alix's secret past threatens to scuttle the most precious treasure of all.

TOUCH OF GOLD: As soon as Paige Brownell steps off the boat onto her aunts' isolated island in South Georgia, she's convinced charming bachelor, Chad Smith, is no handyman. Though her elderly aunts have accepted Chad as a member of the family, Paige launches her own investigation and discovers a mysterious truth that burns hotter than Chad's kisses.

SANDS OF GOLD: At the grand old Palm Beach mansion, Xanadu, Cara Demorest's job shouldn't include refereeing handsome, raffish surfer Alec Martyn and his playboy brother, Blake. Alec's kisses have already captured Cara's heart, while Blake fights for her loyalty. But to save Xanadu, Cara must choose the brother she finds hardest to forgive.

Workaholic Cathryn Mulqueen has achieved everything she wanted—a successful design studio, friends who matter, and local celebritydom. But something is missing from her life.

At her high-school reunion, Drew Sedgwick—a boy she hardly noticed when a teen—understands. Standing at a crossroads, Drew, now a charismatic, successful man and divorced father with a seven-year-old daughter, wants more—including Cathryn.

Drew's passionate kisses on the beach convince Cathryn they're a perfect match, but Cathryn must decide how much she's willing to give up to make the three of them a family.

Practicing midwife Maura McNeill requires an M.D. to be her hospital sponsor. Dr. Xan Copeland is willing, but far too sexy for Maura's taste, never mind the uncomfortable sparks already flying between them.

Then Maura discovers Xan is her neighbor on Teoway Island in the South Carolina Lowcountry. Before long, Xan is talking of making love to her beside the sea, but consummating their growing passion will force Maura to reveal her carefully guarded secret.

The Circles of Love Series

Suffering from amnesia, Jane Rhodes is hitchhiking to California when she discovers she's picked the wrong truck driver and jumps from the moving 18-wheeler into a raging Wyoming blizzard.

Duncan Tate, a llama rancher, finds Jane nearly frozen and takes her to his home. His only family, old Rooney and Rooney's rambunctious granddaughter Mary Kate, nurse Jane back to health while Duncan's attentiveness captures her heart.

But when Jane's continuing amnesia threatens their future, Duncan vows to help her learn the truth, even if it destroys the life they hope to have together.

REVIEWS:
"A well-plotted story, plus characters that charm." ~Romantic Times

Kisses in the Rain

In Ketchikan, Alaska for the summer, Martha Rose asks the town's most talked-about bachelor for a date. But salmon fisherman Nick Novak promptly turns her down.

As the town continues gossiping about Nick, Martha becomes convinced he has a secret life. No one knows where Davey--the little boy who lives with him--came from, or where Nick goes when he disappears into the Alaska wilderness.

But Martha Rose has already fallen in love with him, and maybe, just maybe, she's the one to reel in this elusive catch.

REVIEWS:
"Ms Browning has given us another memorable story." ~Romantic Times

When Kate Sinclair impulsively agreed to be a surrogate mother for a divorced socialite, she didn't expect the woman to renege on their contract and turn her back on the unborn baby.

Now pregnant, alone, and penniless, Kate approaches the socialite's ex-husband, South Carolina real-estate tycoon Morgan Rhett, hoping he will adopt the child. But Morgan has no time for fatherhood, which makes his proposal that much more outrageous. But Morgan's solution is in the fine print of Kate's contract, though it's Morgan who's about to lose his heart.

Alone in the world except for her special-needs toddler, Sage McKenna is the go-to handyman in her small town. Even her smile has been known to mend a broken heart or two.

Adam Hracek never wanted a permanent home until he arrives in Willoree and meets the town's handyman. If Sage can cobble together an extended family by repairing things and mending broken hearts, maybe she can heal him, too.

But he'll be gone in a year, Sage won't allow herself or her daughter to grow close to Adam, and love has no respect for their plans to stay apart.