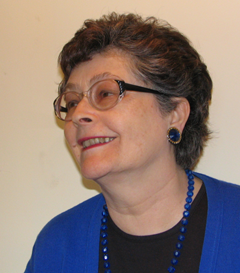 Kay Gregory grew up in England. Shortly after moving to Victoria, British Columbia she met and married her husband and eventually settled in Vancouver where they raised two sons, along with a collection of dogs, hamsters, gerbils, rats and ferrets.

A Woman of Experience

On the day Janey Blackman finishes school she discovers that her life is a lie: the man her mother married is not her father. Stunned and betrayed, Janey leaves home to build a different life.

In 1950s London, Janey takes a room in a boarding house, acquires a job and falls head-over-heels for gallery owner David Foley, who is engaged to Posy Bantley-Brown, her old school-nemesis.

After David and Posy marry, Janey learns that her birth-father finally wants to meet her. Now Janey wonders if Frank Blackman, the man who married her mother knowing she carried another man's child, is a truer father.

A Woman of Impulse

In 1950s London, Allison Campbell faces an overprotective divorced father and an unhappy mother while surrounded by a world of glitz. On the rebound from a whirlwind affair with theater critic, Hal Esterbrooke, Allison meets Quentin Dobson, a quiet, imperturbable solicitor whose socks rarely match.

Quentin is smitten. Allison isn't. Busy with her designer boutique and the London Fashion scene, Allison's heart is still entangled with Hal, yet she is determined not to end up like her parents.

Quentin moves on. But when he learns Allison has been in an accident, he reaches out to her. Now divorced himself, Quentin is no longer the reserved man Allison remembers. But is there any more room in her heart for a man who isn't Hal?

Breaking the Ice: When veterinarian Brett Jackson and his noisy entourage—young son Tony, two boisterous dogs and a ferret—move in next door to Sarah, Caley Cove's Ice Maiden, her heart dares to melt. Then she learns Brett may be responsible for his wife's death.

Man of the Mountains: Max didn't intend to fall for the woman he discovered sitting on Caley Cove's beach, playing her banjo as a storm blew in. But now he's smitten. Unfortunately, Faith isn't. She's seen too many men like Max come and go. Max intends to prove her wrong.

Heat of the Moment: The moment Angela set eyes on Ryan Koniski—the mysterious new lawyer in town—she knows he's a walking invitation to passion. The closer Angela gets to Ryan, the more sure she's right. But Ryan's past only allows for a marriage of convenience.

But every choice Phaedra made she made for Iain.

Now Iain must choose: Turn his back on Phaedra's love, or continue to believe her choices were more self-serving than self-sacrificing. 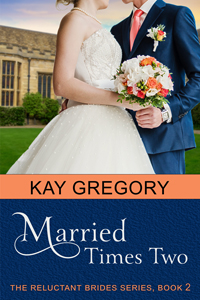 In need of a bride, wealthy Simon Sebastian has no use for love.

But he can't get Olivia Naismith—the stranger whose diary his dog unearthed on his family's grounds—out of his mind. Once ensnared in a difficult marriage to an alcoholic, might Olivia be amenable to a modern marriage of convenience?

Seems a workable plan, until he stumbles upon the beautiful Olivia searching for her lost diary. Now, nothing but a true marriage will do. 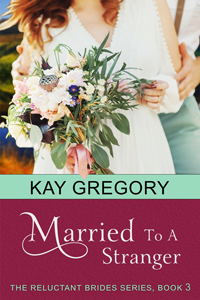 Married To A Stranger

When Brand wakes up beside a beautiful stranger attempting to escape a marriage orchestrated by her wealthy parents, he agrees to marry her. After all, the only woman he ever loved is dead.

Moving his new bride into his basement apartment in Vancouver, Brand is determined to make a go of it. But his guilt and her secrets force a change of plans.