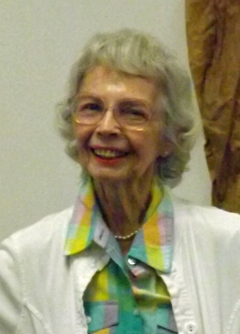 Cozy mystery author Jackie Griffey likes to read as well as write mysteries and romantic suspense. She and her family, two cats, a Chihuahua, and a couple of wild bunnies live in Arkansas.

The Devil in Maryvale

When a local girl's body is found brutally stabbed in Maryvale's woods, Sheriff Cas Larkin suspects members of a high-school "club" that smacks of devil worship.

Then livestock goes missing, the county judge begins standing in Cas's way at every turn, and local students report being coerced into dark ceremonies.

Now Cas must pick up the pace and dig deep before Maryvale gets any stranger... or there may be the devil to pay.

Sheriff Cas Larkin has his hands full running for office again when two homicides, more than 100 years apart, surface. Cas believes the two deaths are connected and his wife, Connie, an amateur local historian and ever the romantic, wants in on the action.

While Cas investigates the fresh murder, Connie digs into Maryvale's founding family's records kept in the Library's basement and encounters a classic haunting requiring more than a séance to unravel.

As the pair chase hot clues and follow cold trails, the truth behind two murders and a 100-year old love triangle hangs in the balance.Return to Top

Cookbook author Mattie Carrington, Pine County's one and only celebrity, narrowly escapes being burned to a crisp when her kitchen explodes. Then someone tries to poison her.

Luckily, Sheriff Cas Larkin is on the case.

But when Cas visits the secluded cabin Mattie rented to finish her next book, he finds her nearly dead.

With no signs of foul play and just as many clues, Cas is getting more "help" than he needs from the eagle-eyed locals as he tracks an experienced killer with the patience and skill to watch... and wait.

Like bananas, Sheriff Cas Larkin's troubles are ripening in bunches.

A fully dressed woman is found drowned in the lake. He has a citizen no one can find, but hasn't been reported as missing and all of her known acquaintances are standing in the way of Cas's investigation. Then Judge Carpenter's fiancée lands in jail, accused of a bloody murder way down yonder in New Orleans!

Now Cas must pick up the pace and connect the dots... before he goes bananas himself.