Cindy Dees joined the U.S. Air Force at the age of 20 and became the youngest female pilot in its history. She's been detained by the KGB and East German secret police, been shot at, and flew in the first Gulf War. Now she writes out of her experience. 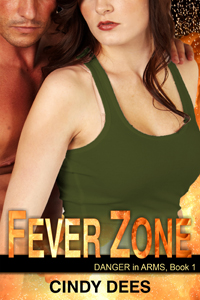 CIA agent, Piper Roth, is bearing down on a homegrown separatist group with an agenda against Uncle Sam while former Navy SEAL, Mike McCloud, is investigating a rogue scientist with a penchant for viruses.

When their investigations collide, the pair's smoking-hot one-night-stand in the capital of Sudan proves a huge mistake.

Now Mike and Piper must put aside their proclivity for brinkmanship and join forces in the face of a double-fisted terrorist attack—one viral, one electro-magnetic—pouring hellish fury upon one unsuspecting American city, turning it into a lethal fever zone. 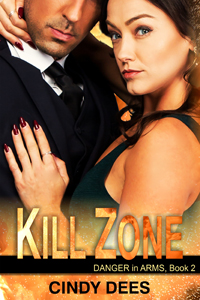 Amanda McClintock is a stone-cold killer on the edge with no capacity for love. Tasked with tracking the source of artificial diamonds so good they threaten to collapse the world diamond market, she's assigned a babysitter to see her through one last mission.

Taylor Roberts is an intelligent, idealistic psychologist with a mission of his own…keep Amanda in the game.

But when Amanda falls to her humanity, it's Taylor who must assume responsibility for keeping them alive. As their roles reverse, so do their hearts as they struggle together for survival. 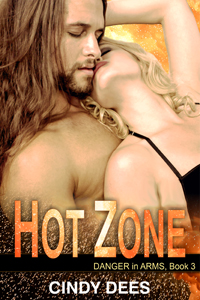 Failure has never been an option for Captain Tessa Marconi, even when the mission requires experimental time-travel to ancient Greece to secure a technology component hidden by aliens.

Landing in the middle of the Persian army on the eve of its greatest battle wasn't part of the plan.
Neither was the charismatic and smoking-hot sorcerer whose sex appeal stands to derail her entire mission.

But when they end up fugitives, on the run together, they must find a way to corral the wild sparks between them if they’re to survive and find a way back to their respective homes.
It’s a literal race against time.