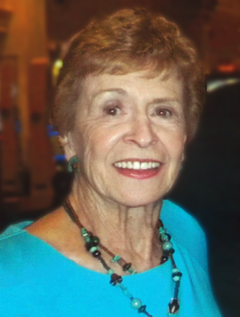 Raised in a Chicago suburb, author Carol Caverly married into a Wyoming pioneer ranch family. Yes, it was a bit of a culture shock, but she quickly grew to love the stark dry landscape and, most of all, the people. Now Carol enjoys writing mysteries set in the modern Old Wild West she loves.

All the Old Lions

Thea Barlow, Chicago native and newly minted editor for the city's Western True Adventures magazine, is on her first assignment: prove her worth by getting the story of Halfway Halt, a defunct whorehouse in Hijax, Wyoming.

Upon arrival in Hijax, Thea is met with hostility. Assuming Thea is the "new girl" for the whorehouse, the townsfolk do not want the old days revived or their secrets revealed.

Then a local woman is murdered and the present owner of Halfway Halt is found unconscious in an old building. Now Thea must dig deep to unravel the mysteries of Halfway Halt if she's to get the story... and survive.

Corcoran claims his thieving days are over and he wants to live out his remaining years, peacefully. But Thea is quickly caught up in a maelstrom of greed, murder and revenge when a local reporter is found knifed to death in Thea's room.

Now Thea and Max must unravel Corcoran's connection to baffling wildfires, missing Tarot cards and stolen jade before they end up with knives in their own backs.

Thea Barlow has quit her Chicago job and returned to Wyoming—and her fiancé Max Holman—to work as a freelance writer.

In Hog Heaven to investigate the ruins of an old rural whorehouse, Thea stumbles upon a woman's body and is fingered for murder.

Now, Thea and Max must ferret out Hog Heaven's secrets and expose the person attempting to frame Thea before she and Max become the next victims... if the town's mean-spirited chicken doesn't get them first.

When Thea Barlow is left at the altar by her fiancé, Max, everyone, including the police, thinks she's been jilted.

Thea's the only one who believes in Max, and she's determined to discover what happened to him. A note left on her door sends Thea and her best friend searching for a gold dredge known as a "doodlebug."

The doodlebug is the beginning piece of the puzzle. The remaining puzzle pieces lead to family secrets, hidden gold, and violent prospectors.

When bodies start to appear, fear dominates every turn on a path to an explosive finish.

Chicago Journalist Investigates Wyoming’s Old Rural Legends and Stumbles Into Modern-Day Murder and Mayhem in This Box Set Filled with Humor, History, and One Mean-Spirited Chicken.

ALL THE OLD LIONS: On her first assignment—unravel the mystery of Halfway Halt, a defunct brothel in Hijax, Wyoming—Thea must ply townsfolk who don’t want their secrets revealed, and finger a murderer…if she wants to survive.

FROGSKIN AND MUTTONFAT: In Wyoming with old flame Max Holman to interview the 82-year-old Kid Corcoran, last of the old-time bandits, Thea is caught up in a maelstrom of greed, murder, and revenge when a local reporter is found knifed to death in Thea’s room.

DEAD IN HOG HEAVEN: In Hog Heaven to investigate the ruins of an old rural bordello, Thea stumbles upon a woman's body and is fingered for murder.