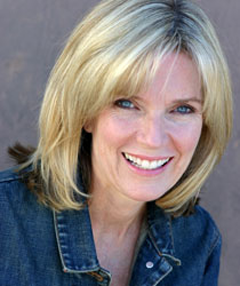 Bestselling author Barbara Ankrum was a successful commercial actress until her love of romance novels led to a publishing contract. Many books and two wonderful children later, she still believes in happy endings and feels very lucky to do what she loves, with her husband, two cats and one scruffy, unrepentant dog at her side.

The Lady Takes A Gunslinger

But Reese's dark past is about to change his mind.

Now, between plotting escape and running for their lives, Reese finds Grace's quirky, wide-eyed faith in him a breath of fresh air to his wounded soul.

But hope for redemption and a future together may be nothing but a pipe dream as they race into the heart of Mexico to fight impossible odds.

REVIEWS:
"A vividly written and colorful adventure... everything a romance should be—funny, tender and charming." ~Jill Barnett, NYT Bestselling Author

The Ruinaiton of Essie Sparks

After protesting abuses at the Montana Indian Boarding School, Essie is dismissed from her teaching job there. But before she can depart, she's kidnapped by Cade Newcastle—the half-breed uncle of her missing student.

Shot during the escape and now dogged by a hanging posse, Cade's desperate search becomes a race against time, and Essie—instead of abandoning him—saves his life.

Trading favor for favor, Cade and Essie continue searching for Cade's nephew. The lines between captor and captive blur into mutual respect, then flare into passion. But the hanging posse will never allow the half-breed to be the ruination of Essie Sparks.

Kierin McKendry is indentured to J. Talbot, a ruthless saloon owner, until Clay Holt wins her in a rigged poker game. When Clay tries to collect his winnings, he's attacked by Talbot's men and badly injured.

Clay never expected Keirin to take him to the wagon train on which he was due to leave, or that she would lie about being his wife and nurse him back to health while on the trail.

But, Keirin isn't interested in a man consumed by avenging his wife's murder. She's pursuing her father, who sold her for a ticket to the California gold fields.

However, posing as a married couple, spending night after night together, is fanning Keirin and Clay into a different kind of blinding passion that's blazing the way for Talbot, who will kill to have what's his.

Mariah loves her fiancé, Seth Travers. But when Seth leaves to make his fortune in Montana, ahead of her arrival, she starts thinking for herself.

Finally arriving by steamboat, Mariah learns that Seth has taken ill and sent his best friend, Creed Devereaux, to escort her to Virginia City.

Mariah wants nothing to do with the rough-edged bounty hunter who's just killed a half-breed murderer in front of her. But an unexpected detour sends the pair through dangerous mountains... alone.

Forced together, their loyalties to Seth are put to the test while their path converges with a man who has Creed dead in his sights.

When Montana Mountain man, Jesse Winslow, returns unwillingly to the family farm at his mother's request, he finds his parents dead and his old flame, Andrea—who is now his brother's widow—giving birth to his brother's child.

Staying is the last thing Jesse wants to do, so he devises a plan: find a husband for Andrea, sell the farm and turn the money over to the newlyweds.

But Andrea won't co-operate. Staying on the Winslow farm is the only thing she wants... that, and Jesse.

While the pair fights reawakening passion, raiders strike surrounding farms, terrorizing the community. The violence appears random, but Jesse's sure someone is stalking Andrea.

The mountain man knows what must be done, but first he must come to terms with what drove him into isolation, and then decide to become a permanent part of something bigger than himself.

REVIEWS:
"Ms. Ankrum has a gift for characterization and a unique voice that will speak to many readers' hearts."
~Kathe Robin, Romantic Times

During the Battle of the Wilderness, Union Major Chase Whitlaw shoots a Rebel soldier, just as they're both cut down by a terrible explosion. As the Reb lies dying, he begs Whitlaw to return a locket to his wife, Libby, in New Mexico and tell her he loves her.

Chase half-heartedly agrees, until Libby's picture in the locket becomes his touchstone, helping him to survive his injuries.

In New Mexico, Chase finds Libby in desperate straits and offers help instead of truth.

Libby's horse ranch, plagued by unexplained accidents, is failing. Until the arrival of the war-scarred stranger, a neighbor's unwelcome offer of marriage was the only way to save her son's inheritance.

But now, she has Chase. Working side-by-side, their passion becomes undeniable until Chase's truth is revealed.

REVIEWS:
"...a splendid tale of strong men, stubborn women, wild horses and a love that heals as it grows." ~Melinda Helfer, Romantic Times