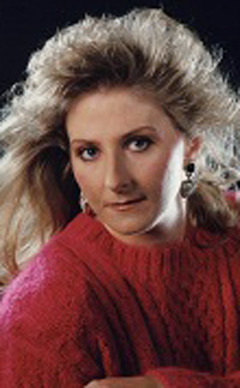 Raphael Jones is a Kentucky-born scoundrel, who has never played by the rules. When Colorado mining heiress, Silver Nichols, hires him to stop her precious daddy from marrying a golddigger, Rafe sets out to seduce Silver and win her fortune.

But beneath Silver's cool veneer, Rafe encounters a sweet vulnerability and an aching secret that threatens to send his whole world up in smoke.

Now the wily scoundrel must choose: walk away or wager the one thing he can't afford to lose—his heart.

Haunted by scandal, Eden Mallory is determined to start over in a new town. But she won't soon forget the sexy, rugged doctor who rescued her from an outlaw, then rode off into the storm.

After losing his kid-brother to consumption, Dr. Michael Jones is obsessed with saving lives. He has no room for love or a wife. But the nights are lonely, and Eden haunts his dreams.

Then, Eden becomes his backdoor neighbor and turns his world upside-down with her unconventional healing skills and sweet temptation.

But outlaws return, forcing Michael to confront his past if he is to save the most precious life of all.

REVIEWS:
"These sensitive, marvelous characters will tug at your heartstrings and never let go." ~Rendezvous

Seduced by an Angel

Kentucky belle Seraphina Jones craves a dashing stranger worth kissing. When she spies her handsome, half-naked hired hand at the riverbank, she thinks her dreams of romance have come true. But this Texican is wanted for murder.

Jesse Quaid can't let Sera's sweet kisses distract him from rendezvousing with Cass, a childhood friend, to clear his name of a crime he didn't commit.

But then a case of mistaken identity turns Cass into Jesse's deadliest rival for Sera's heart.

Now, Sera must find a way to end the feud before the man she loves is lost forever.

REVIEWS:
"Adrienne deWolfe is a jewel of a find for your keeper shelf." Christina Dodd, NYT Best-Seller

Fancy Holleday has more nerve than the average cardsharp. No man can resist her smoky voice and violet eyes—and that includes the federal tinstar, Cord Rawlins.

Cord may have tracked her all the way to Texas to recover the U.S. minting plates that she stole, but the Nevada penitentiary is a long ride north, giving her plenty of time to charm, seduce, or just plain outsmart the handsome Texas lawman.

Texas Ranger Wes Rawlins has a heap of trouble on his hands. The county sheriff has been murdered, squatters are entrenched on the dead man's land, and no one can tell Wes why the sheriff wired for help in the first place.

So Wes rides out to the sheriff's farm—and finds himself looking down a gun barrel aimed by Aurora Sinclair, a spirited, young divorcée with a house full of orphans to protect.

Is Aurora an innocent schoolmarm battling an illegal land grab? Or is she a cunning temptress who plugged her lawman-lover to seize his sprawling homestead?

In this high-stakes game of cat and mouse, Wes dare not lose his head. The trouble is, he may have already lost his heart...

When the beautiful, hot-tempered Bailey McShane bursts into the cattlemen's saloon, waving her shotgun and accusing the cowboys of theft, simmering tempers start to boil.

Bailey wants restitution for the fence posts that some low-down cowpokes burned to steal precious water from her land.

No self-respecting cattleman would be caught dead siding with a sheep rancher, like Bailey—and yet Zack Rawlins, the youngest, elected president of the Cattlemen's Association, can't resist this pint-sized wildcat with the big blue eyes. With drought-stricken Bandera County on the brink of range war, Zack faces political suicide if he can’t find a way to mend fences between Bailey and his cattle-ranching neighbors.

But what's a cowboy to do with an unpredictable woman who refuses to be tamed?

Pinkerton Agent Sadie Michelson poses as a casino singer to investigate a Texas Senator. Before she can cozy up to her quarry, she must get past his bodyguard, William Cassidy, her long-lost lover.

An outlaw seeking redemption, Cass was lured to Texas by the promise of a Ranger badge. But he hasn't forgotten the sassy siren, who toyed with his heart. When Sadie proposes a truce, Cass suspects she's hiding something.

Dance to the Devil's Tune

Maestro's music creates mindless puppets, who commit crimes at his command. To lure the sinister jewel thief out of hiding, Pinkerton Agent Sadie Michelson poses as a wealthy widow.

Fearing for her safety, William "Cass" Cassidy, her hotheaded lover, hatches his own plot to end Maestro's killing spree. But his daring gamble backfires and costs him Sadie's trust.

Now Cass is on the run, hunted by Maestro and the Pinkertons. Torn between her mission and her gunslinging lover, Sadie must stop Cass's showdown with Maestro, or she'll lose her badge—and her man.